Our plants have been used and continue to be specified in many of Britain’s most famous gardens and parks, and we have numerous customers who have been with us for over 40 years.

As nurserymen, we embrace new technology and have been at the forefront of modern growing techniques.

The site is modern and efficient, comprising outside growing areas and large areas of glasshouse and polytunnels.

The nursery site is situated at over 500ft above sea level which enables us to produce quality hardy nursery stock.

This means our plants can adapt to a vast range of geographical areas in the UK and gives further assurance that our plants are fully hardy with superior establishment and shelf life than any continental imports. 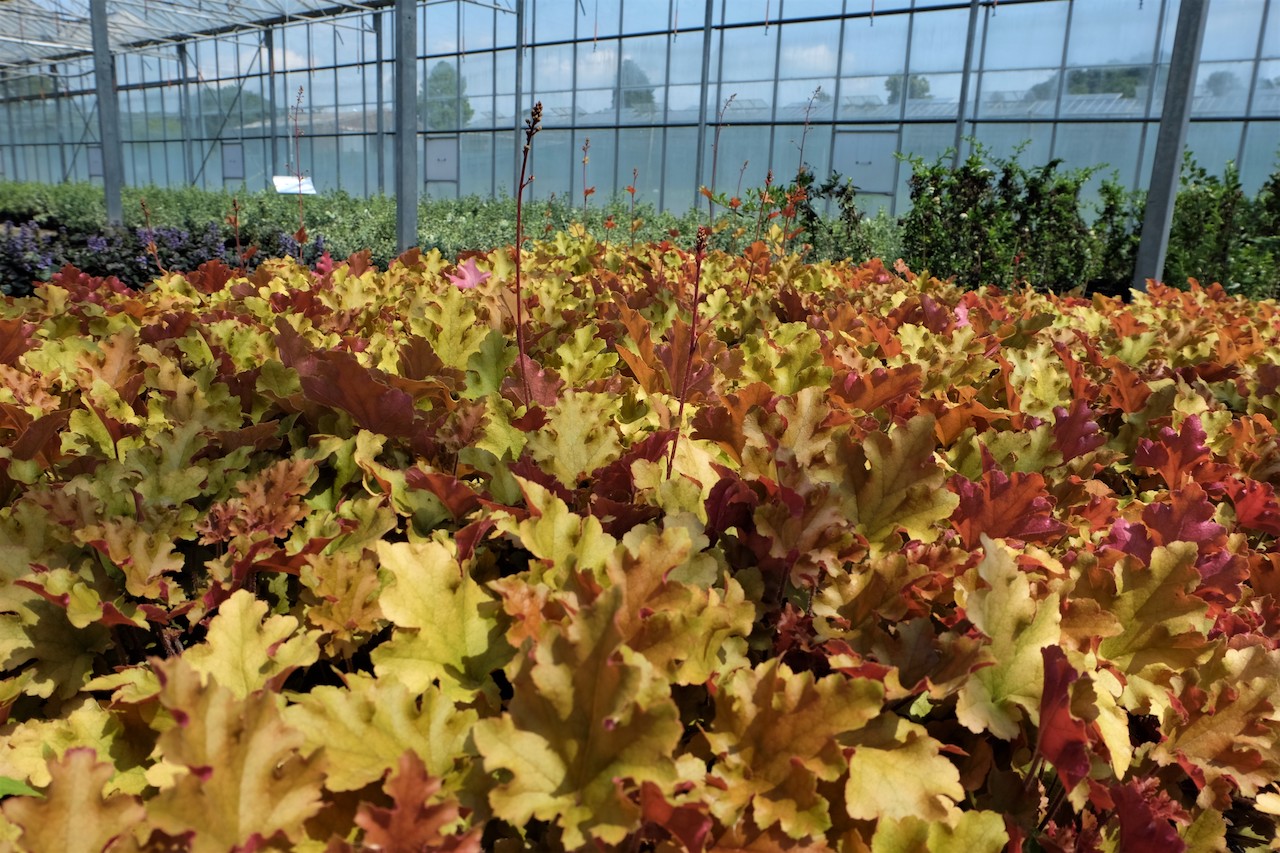 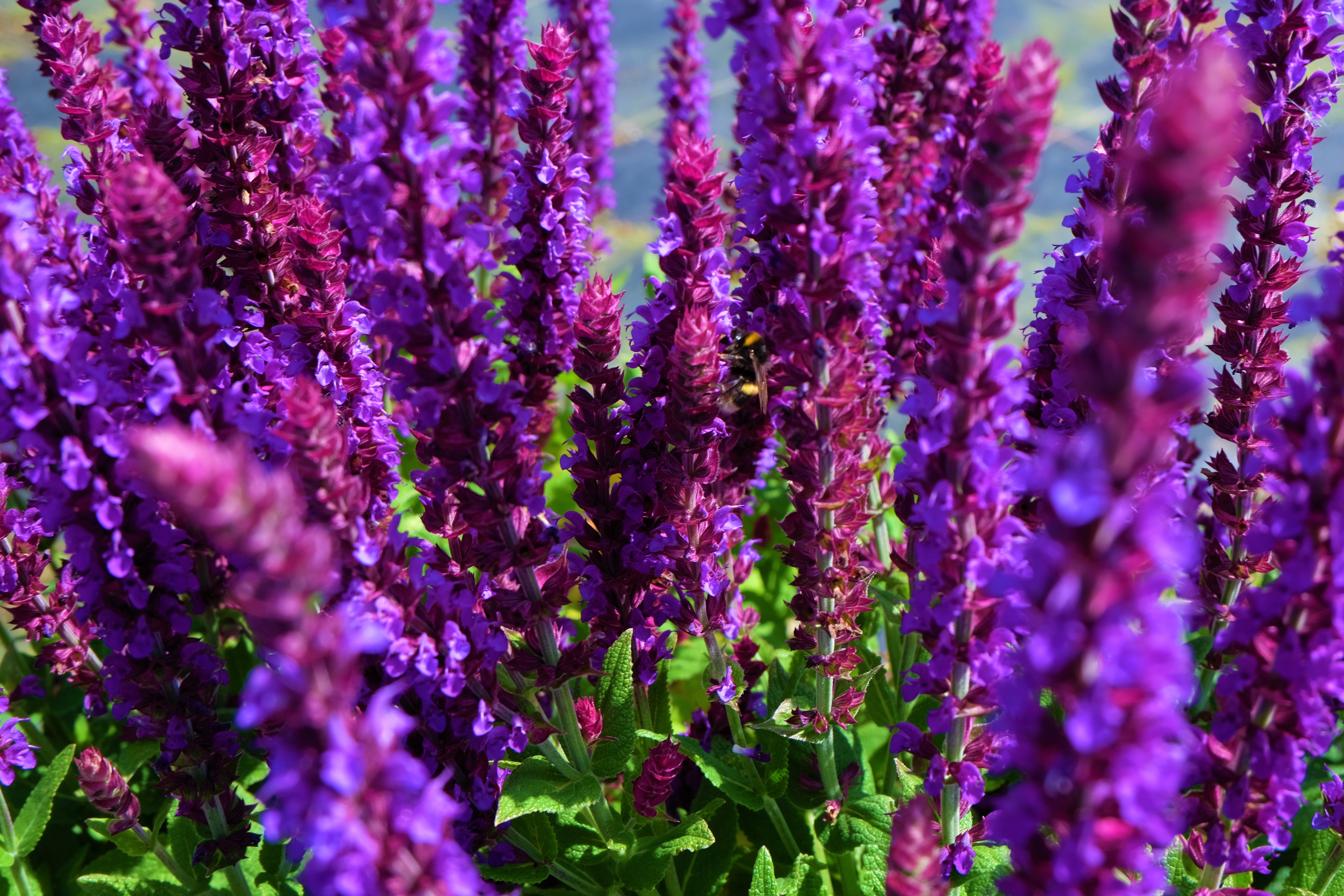 Our team at Boultons Nurseries have over 50 years of experience pricing competitively in the Horticultural Industry. We know pricing levels for all areas and can achieve the right price for you, whatever the project.

However big or small the job is we are confident we can maximise quality and service for the right price.

If you have an enquiry you would like us to price please contact our sales team on 01785 813747 or email enquiries@boultons.co.uk.

Boultons Nurseries – ‘Doing our bit’ for the Planet

Boultons Nurseries have always been enthusiastic about peat free compost and the benefits to the environment. We are proud to be, as far as is possible, a peat free nursery.

We’ve been using our bespoke compost since April 2015, and it’s proven to be highly successful. Designed specifically with the intention of helping us grow a large variety of peat free plants, the mix enables us to have a far better spread of nutrients throughout the growing season. Best of all, it allows us better control of the release of these nutrients. The compost behaves well at the potting stage and ‘wets up’ quickly on the first watering after potting (which is vital for a good start). The top surface stays relatively dry which helps against any liverwort build up in the future.

What’s in our peat free compost?

Ensuring that our compost is environmentally friendly is of the utmost importance to us.

Every ingredient comes from renewable sources.

Coir – Sourced from Sri Lanka, coir is made from the pith of a coconut. Every part of a coconut tree is utilized.

The wood is used for construction, leaves for roofing, shading and mulching, coconut seed for food, coconut milk as a drink, coconut fibre for rope, matting & bedding, coconut pith for growing media and soil conditioning.

Coconut trees are very fast growing plants & very sustainable as the growth cycle is around five years and grow in areas where little else will flourish.

The pith is dried naturally by the sun heat. Once dry & compressed it’s very light, easy to transport and has a relatively low carbon footprint.

The coir easily re-wets when reconstituted and has a good CEC (Cation Exchange Capacity) for holding on nutrients and appears to encourage root growth in hardy nursery stock.

The wood fibre comes from trees grown in responsibly managed forests (PEFC controlled) with a recycle period of 20-30 years.

During the growing period the wood is a carbon sink. Most of the wood comes from local areas so the carbon footprint is low.

Although the crushing process does use a fair proportion of energy it’s on a par with wood chip board production.

Bark comes from responsibly managed pine forests (FSC controlled) with a recycle period of 20-30 years and is effectively a waste product of the timber industry. Bark is very useful for both fertilizer retention and structure for providing air to roots.

Osmocote is a controlled release fertilizer (CRF), ensuring nutrients are only released into the environment of the growing media when the plant is most likely to take it up.

This avoids wastage and pollution and maximises the usability of the product.

In 1899 Mr George Boulton started the nursery business with the help of his sons and daughters. They grew herbaceous plants and violas.

George Boulton died in 1918 and was succeeded by his sons, Charles and Tom, who had recently been demobbed after serving in the First World War. During the 1920s, Charles and Tom steadily built up production to a full range of nursery stock and purchased additional land as it became available.

By the 1930s, the area devoted to the production of trees and shrubs had increased to 150 acres, and Boultons was emerging as one of Britain’s most respected growers.

During the Second World War, the nursery was turned over to food production, and the available nursery stock was used to camouflage airfields and factories. Much of the vegetable production was grown to feed troops prior to the D-Day landings in 1944.

…. the nursery re-established production of trees and shrubs, and in 1946 the business was incorporated as Boultons Bros (Moddershall) Ltd.

Throughout the 1960’s and 70’s production increased greatly, as modern methods of propagation were adopted and mechanisation was introduced.

Boultons were one of the early pioneers of containerisation, and their container unit at Moddershall was one of first to be designed and constructed as a mass production facility. 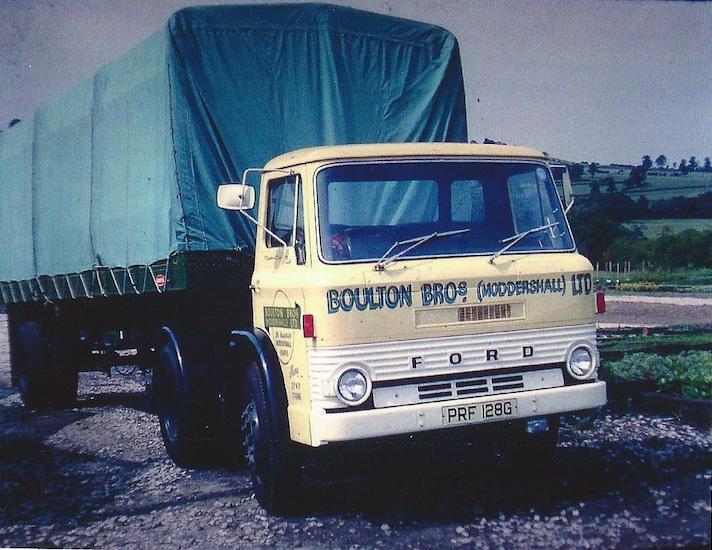 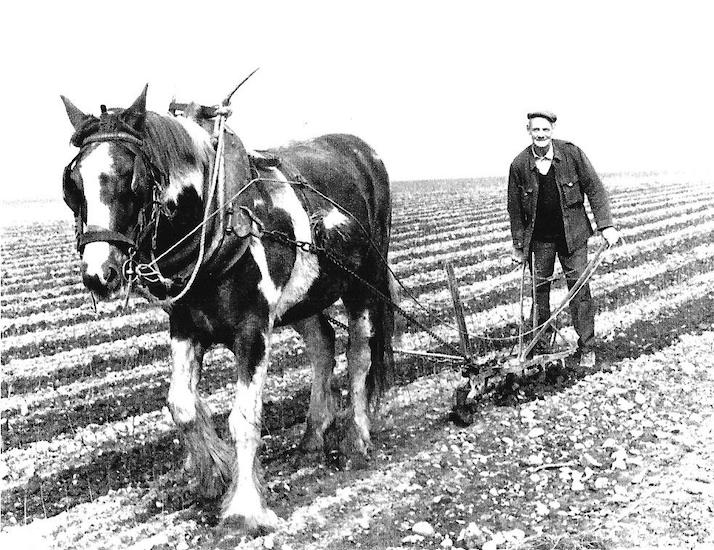 …. the nursery became one of Britain’s largest growers and suppliers of trees and shrubs, supplying the New Town Development
Corporations.

The 1990’s saw significant changes in the market; notably shrinking demand for bare-root stock and the growing dominance of the garden centres. The nursery responded by increasing its container facility and rootballing operations.

When Mr Chris Boulton retired in 1999, the nursery was acquired by the present owners who have sought to maintain the high reputation which the Boulton family earn over a century of good practice and fair dealing. 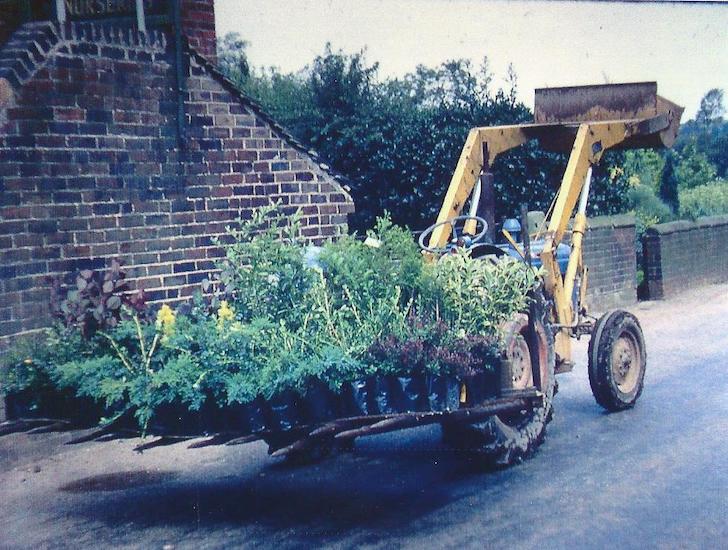 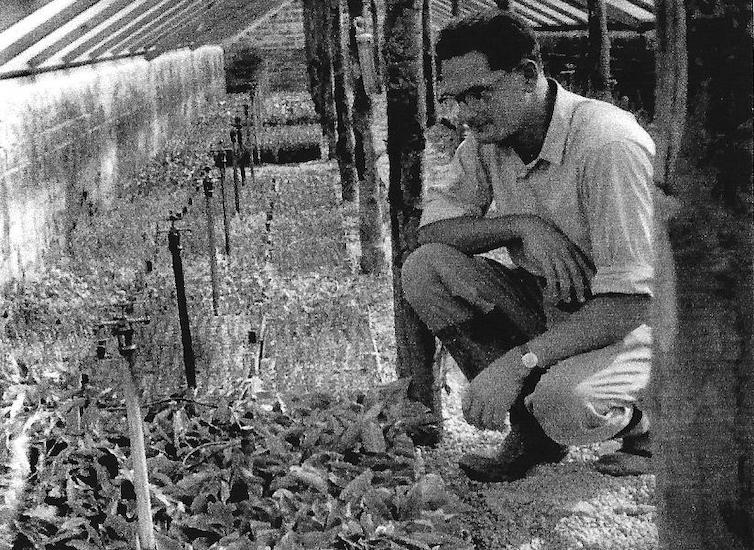 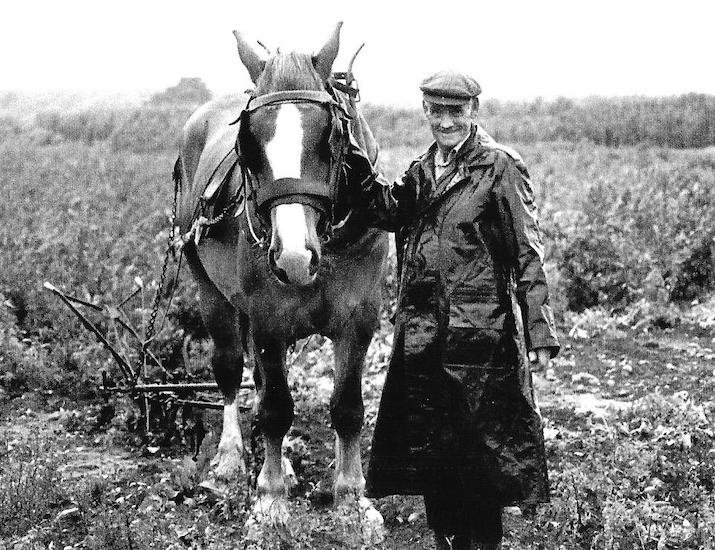 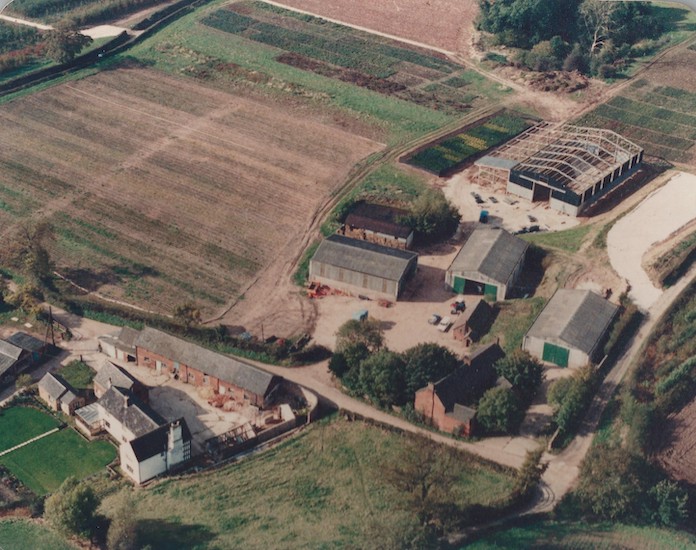 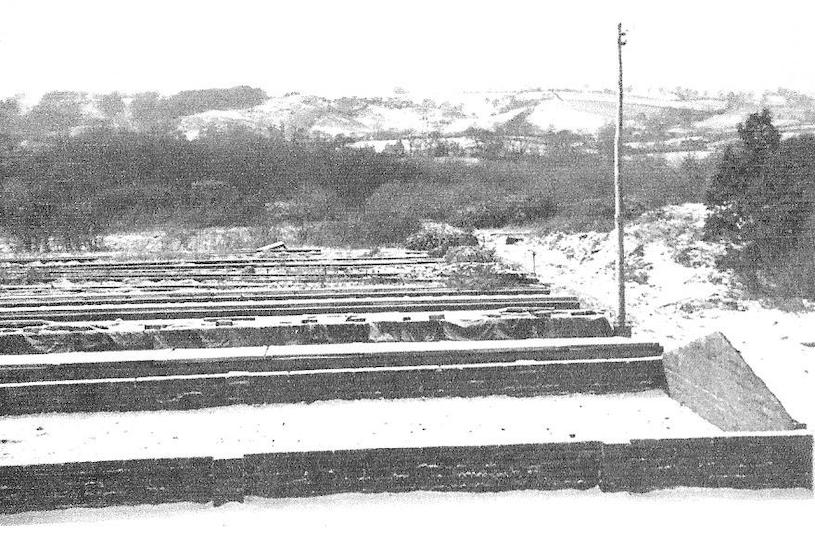 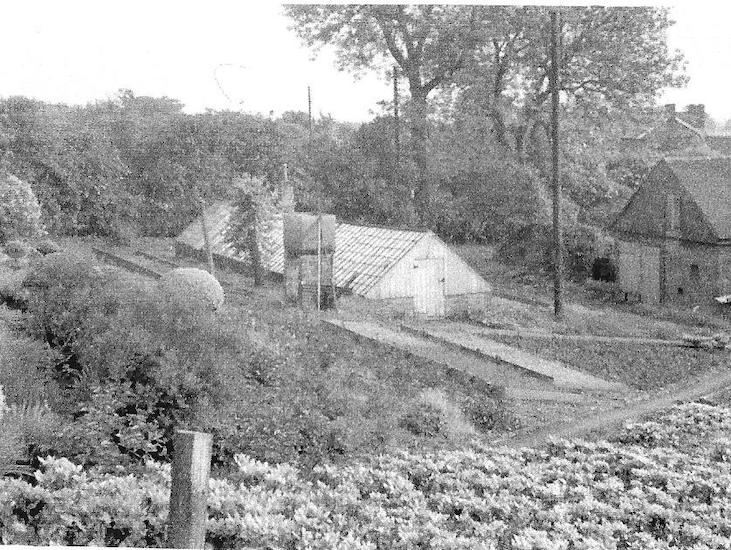 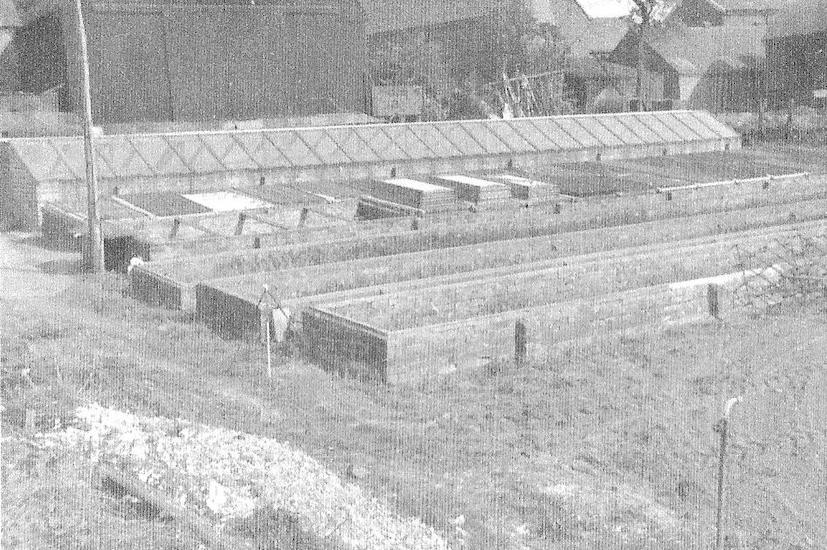 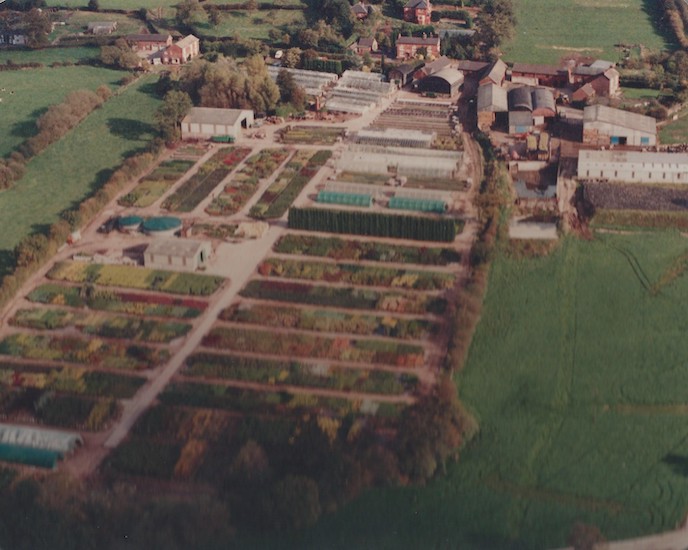 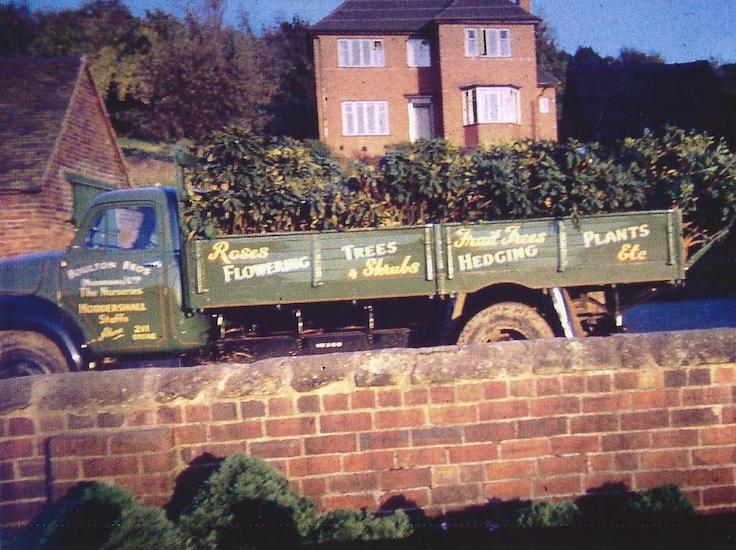 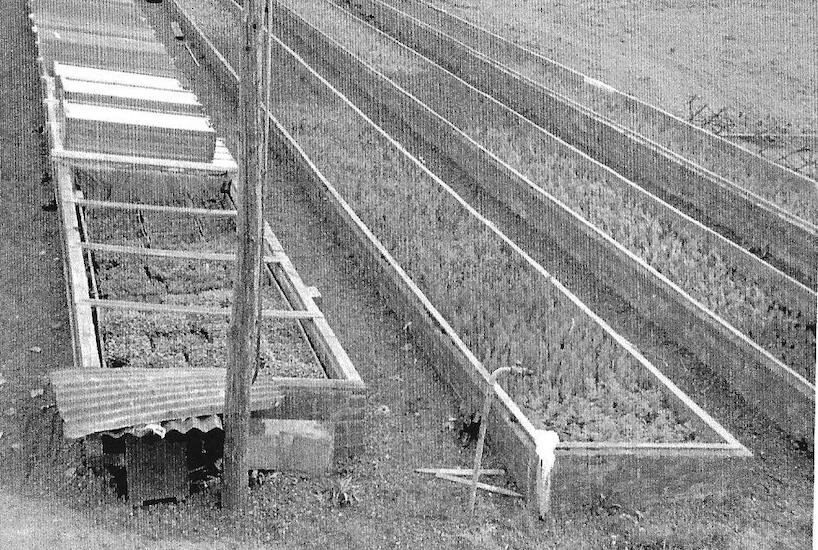 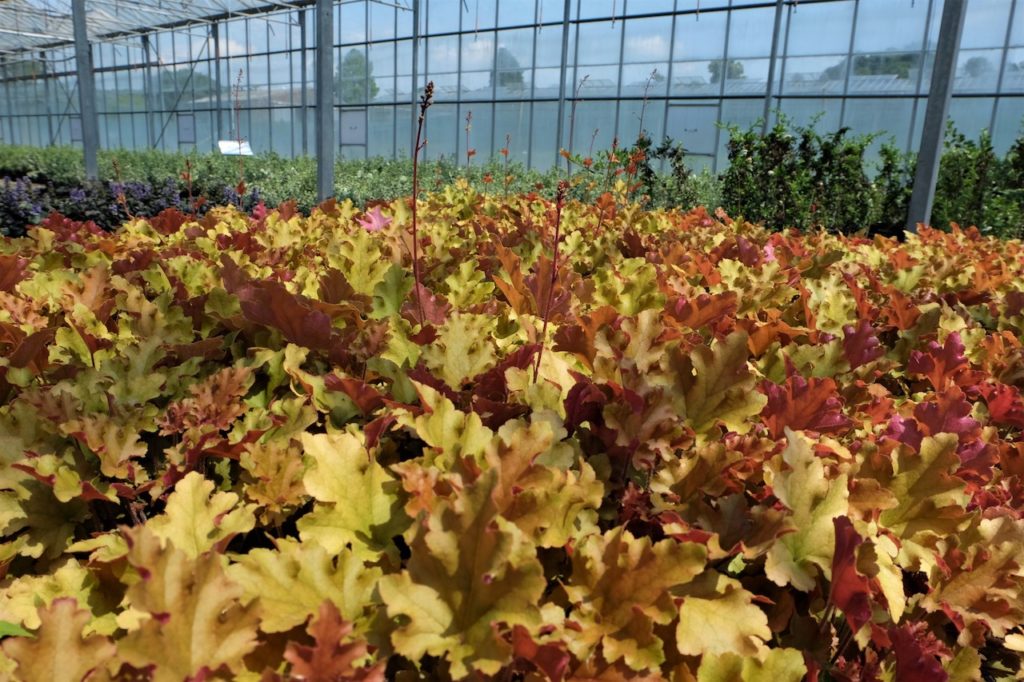 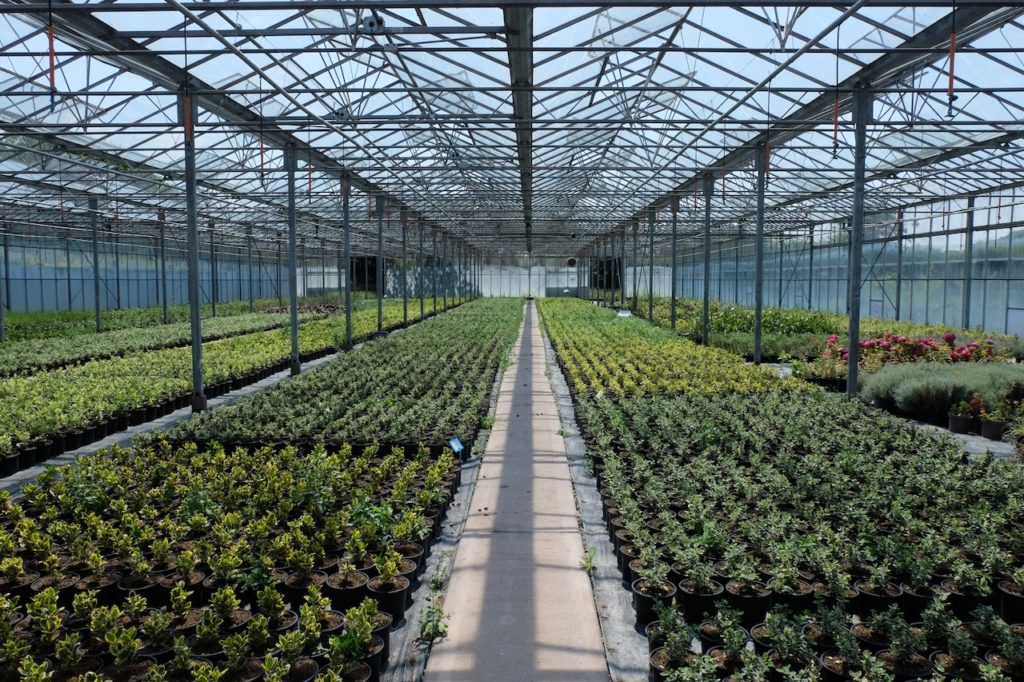 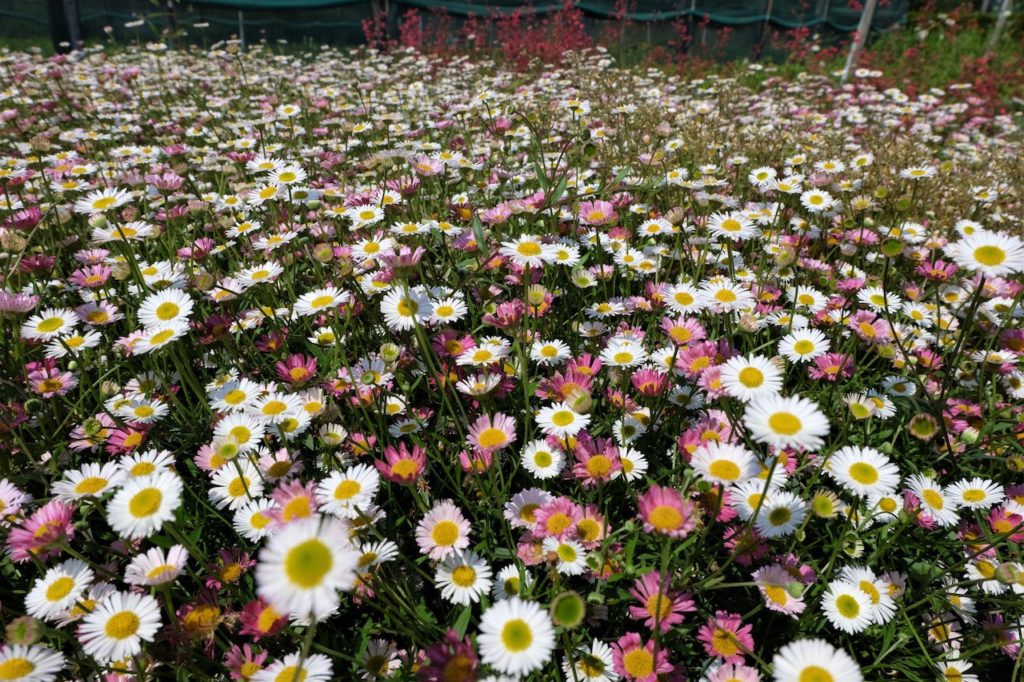 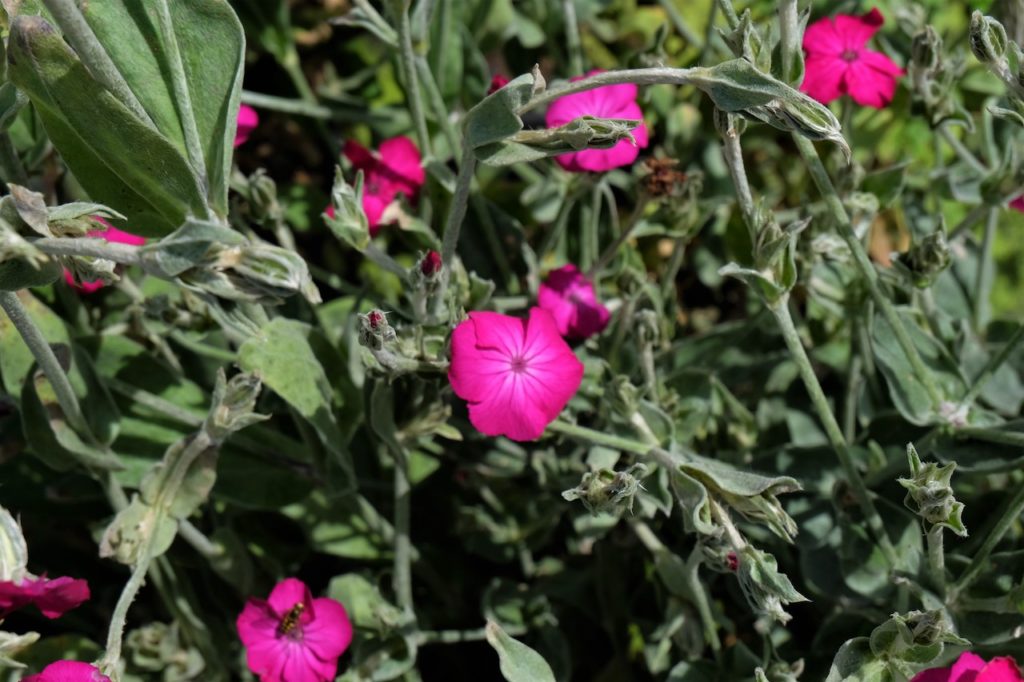 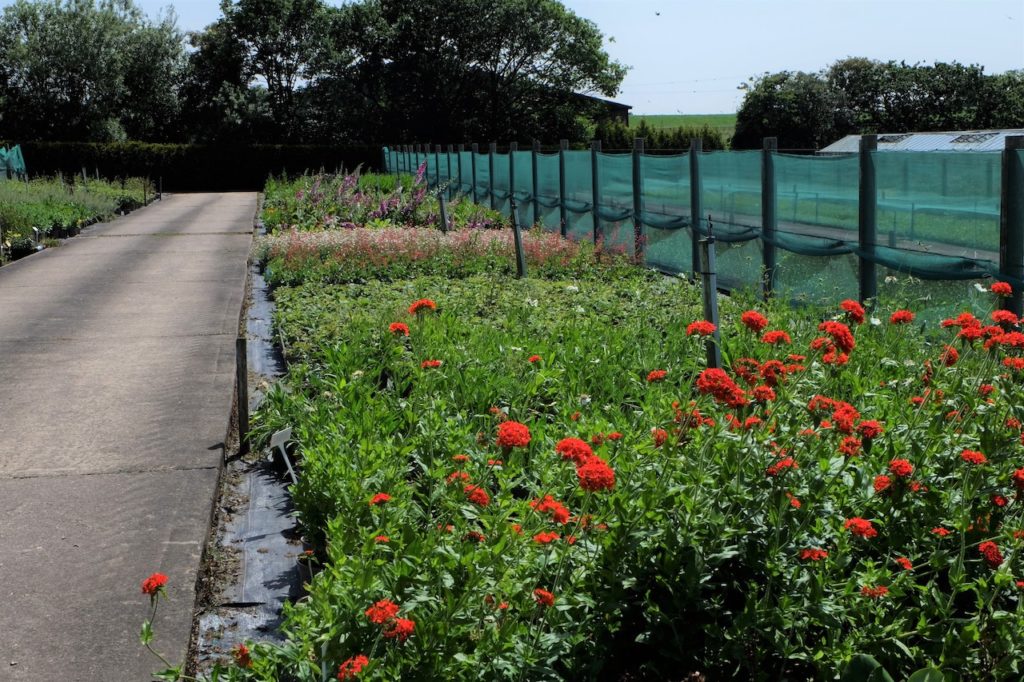 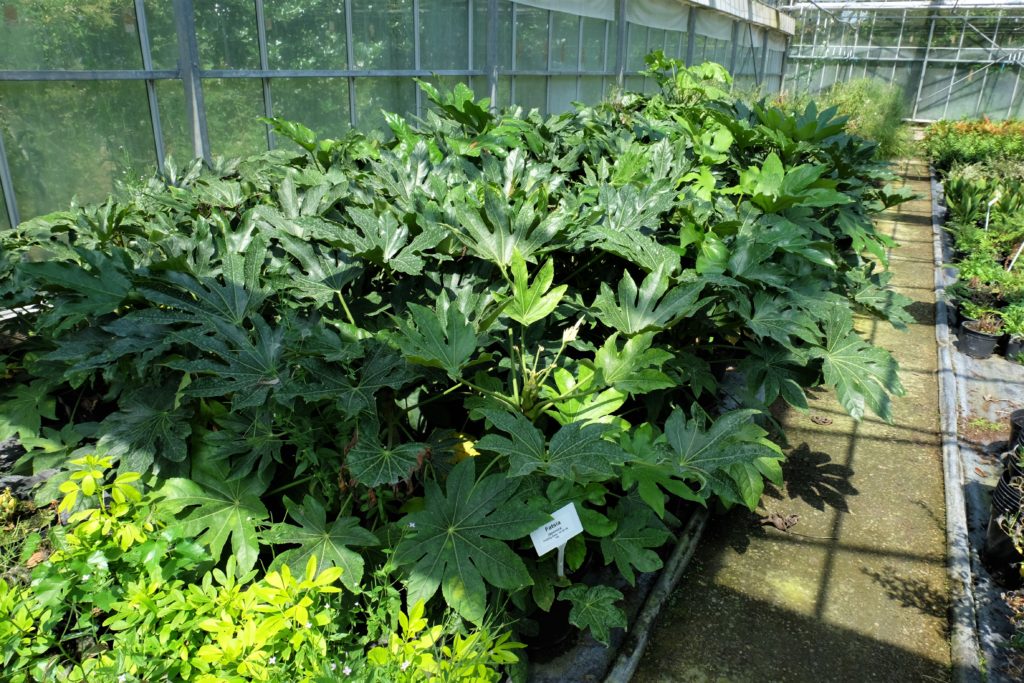 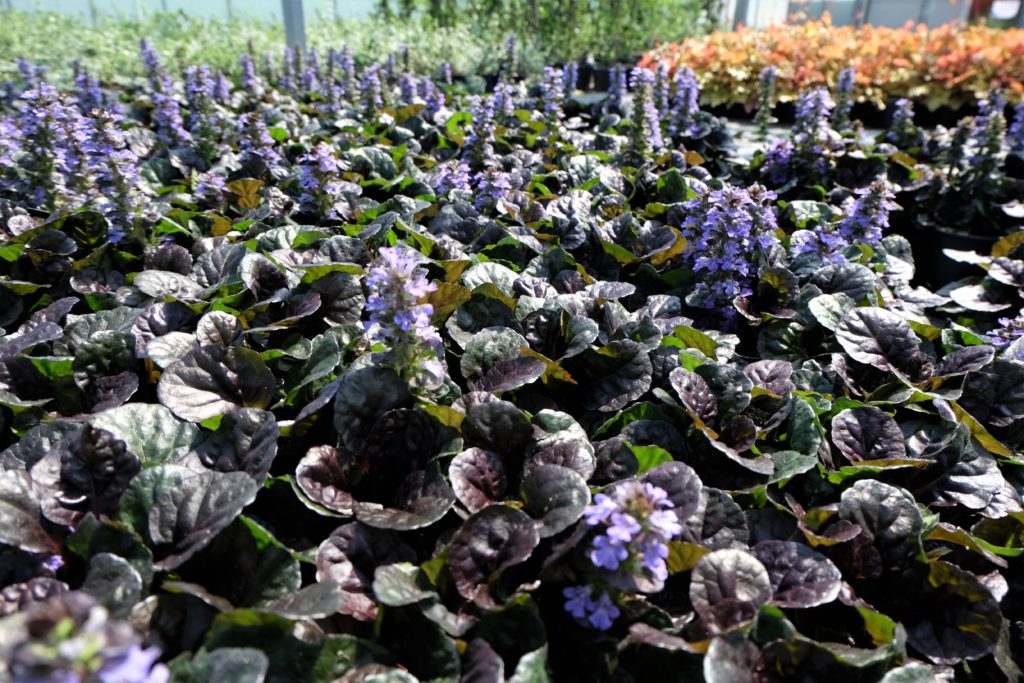 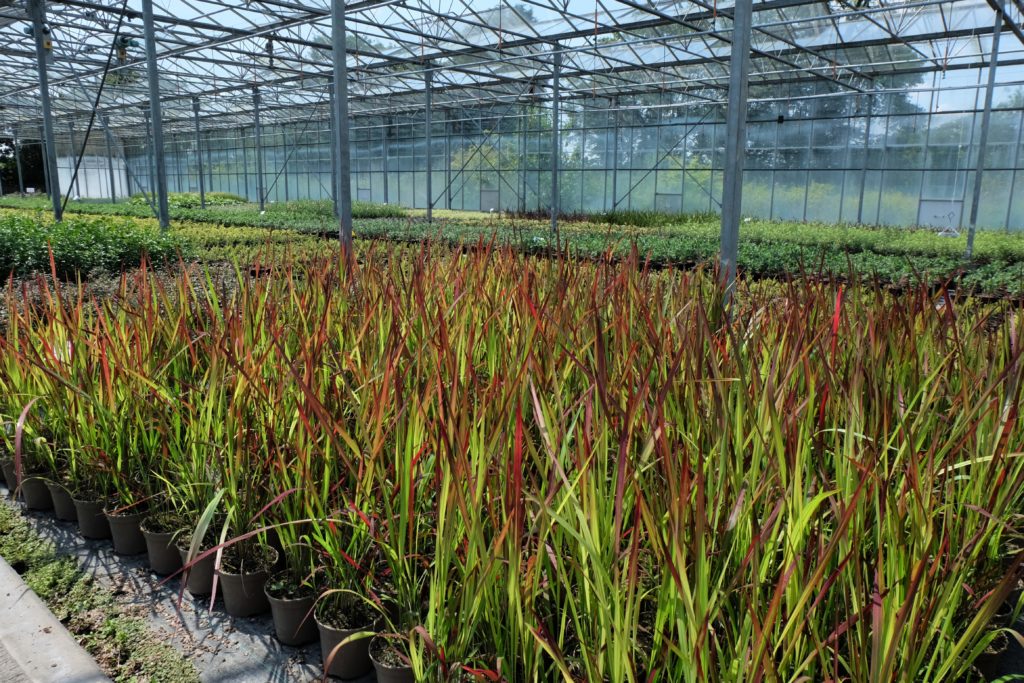 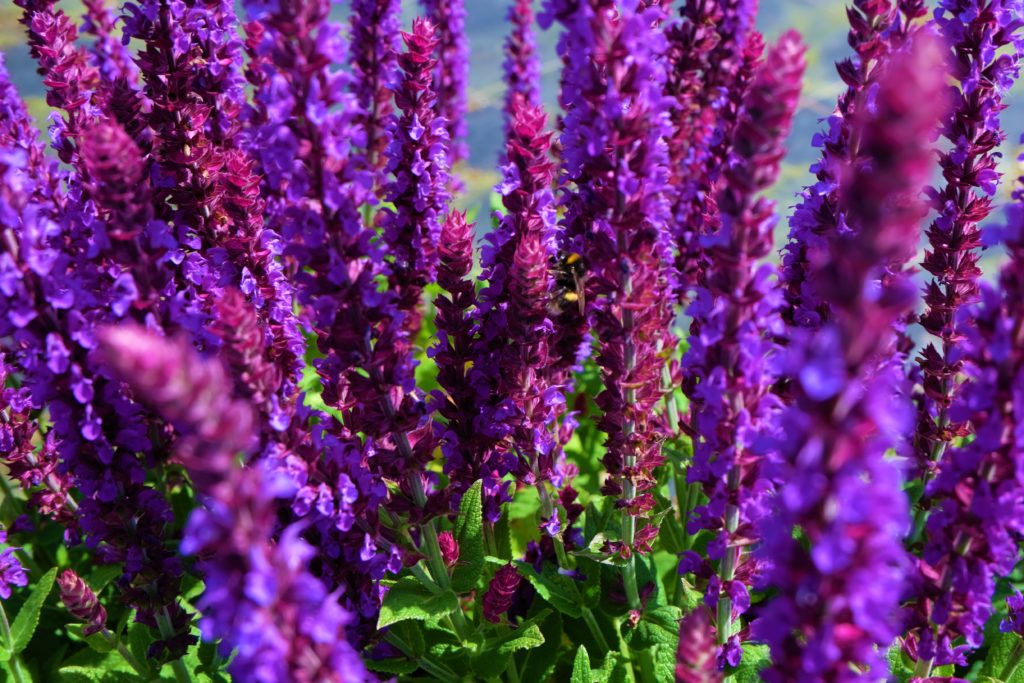 Please get in touch and we will get back to you as soon as we can! Thank You.

This website uses cookies to improve your experience while you navigate through the website. Out of these cookies, the cookies that are categorized as necessary are stored on your browser as they are essential for the working of basic functionalities of the website. We also use third-party cookies that help us analyze and understand how you use this website. These cookies will be stored in your browser only with your consent. You also have the option to opt-out of these cookies. But opting out of some of these cookies may have an effect on your browsing experience.
Necessary Always Enabled
Necessary cookies are absolutely essential for the website to function properly. This category only includes cookies that ensures basic functionalities and security features of the website. These cookies do not store any personal information.
Non-necessary
Any cookies that may not be particularly necessary for the website to function and is used specifically to collect user personal data via analytics, ads, other embedded contents are termed as non-necessary cookies. It is mandatory to procure user consent prior to running these cookies on your website.
SAVE & ACCEPT